Overview and list of online instant messenger (IM) programs that allow you to talk and communicate with friends and family around the world.

Using today's computer coupled to the Internet, or world wide web (WWW), it is possible to IM (instant message), e-mail, and use chat rooms to communicate with friends and family virtually anywhere in the world. It is even possible to communicate with complete strangers anywhere on the globe who may happen to share the same interests as a person from the home, office, car or even Internet cafes where it is possible to rent computer time by the hour. This form of communicating has altered the day to day lives of billions of people.

Instant messaging (IM) is defined as a type of online chat which offers real-time text transmission over the Internet. A LAN messenger operates in a similar way over a local area network. Short messages are typically transmitted bi-directionally between two parties, when each user chooses to complete a thought and select "send". Some IM applications can use push technology to provide real-time text, which transmits messages character by character, as they are composed. More advanced instant messaging can add file transfer, clickable hyperlinks, Voice over IP, or video chat.

IM, or instant messaging, is a communication methods that literally caused a craze around the world due to instant messaging being practically free, quick, and extremely easy to use. Instant messengers or IM's are generally free down loadable programs that enable you to communicate via text (typing), voice, video (webcam) or even a combination of all three. By downloading an instant messenger chat program and connecting a microphone and webcam to your computer it is possible to both see and hear each other no matter where in the world you both are located. This makes for an extremely useful means of communicating with friends and family both near and far, especially when it costs you nothing more than your standard Internet connection. That's right IM's are free and will even work over a dial up Internet connection, though cable offers slightly superior quality in terms of video speed.

Our lives have been changed so much by the latest communication revolution that there are chains of thought that are concerned about a persons isolation and detachment from the physical world due to the addictive nature of computer communication. Another problem that people advocate is that by using the mask of a computer and no real live interaction going on, instant messaging provides the perfect atmosphere for multiple personality identities. However on the other hand there are people who believe this new form of communication actually expands ones social circles.

This leads us to the question, does today's online communication methods, in particular instant messaging, e-mail, and chat rooms, destroy relationships or help them develop and mature? Are relationships hindered or flourished from this type of new environment? One fear with many of today's parents is that their children will fall into their own virtual online world of communication and completely shut themselves off from the real world around them.

Google Talk (Google Chat) is now known as Google Hangouts a communication platform developed by Google which includes messaging, video chat, SMS and VOIP features. Google Hangouts instant messaging service is commonly referred to as "Gchat", "Gtalk", or "Gmessage" by its users. Google Hangouts allows conversations between 2 or more users. The service can be accessed online through the Gmail or Google+ websites, or through mobile apps available for Android and iOS.

Skype makes it easy to stay in touch, talk, chat, and collaborate. Enjoy free voice and video calls on Skype and reaching local businesses or friends who aren't online is easy by simply calling mobile and landline numbers at affordable rates with Skype to Phone. Skype comes with video calling from your computer so you can see who you are talking to - as long as you and the person you call both have webcams. In addition you can share photos, messages, emoticons and stickers - all in real-time - https://www.skype.com

When you sign-up for an ICQ account (its free) you will receive a unique number which is your personal ICQ number. You can set up your buddy lists, just like on AOL, so you'll know when your friends, business colleagues, or family are online. ICQ also gives you a record of every communication event sent or received. ICQ is currently available for iOS, Android, PC, Web, Mac OS X, Linux, and Windows. ICQ is a simple way to communicate and nothing extra. A recent new design provides, free sound and video calls, group chats and much more - https://icq.com

As Part of its Commitment to Serving Customers with Disabilities, AT&T Is First Provider to Enhance IM Relay Services. Users log in to a specialized AIM interface that works with an Internet connection on a PC and on many wireless devices. The company has upgraded the service to allow real-time communication between callers - Instead of waiting for the relay operator to input long strings of text, users receive the messages word by word as they're typed. For many callers with hearing or speech disabilities, this creates a wireless and online communications experience much closer to what hearing people encounter when talking with others on the phone. The new service is offered at no additional charge to customers who register with AT&T Relay Services.

Tencent QQ, generally referred to as QQ, is the most popular free instant messaging computer program in Mainland China, and the world's third most popular IM service. The original name of QQ was OICQ, based on an already existing IMS (Internet Message Service), "ICQ". The official client runs on Microsoft Windows and a beta public version was launched for Apple Mac version OSX 10.4.9 or newer. An English version is available to talk to your friends and family over anInternet connection. All you need is a computer headset, a mic and the latest version of QQ - https://www.imqq.com/index.html

Jabber is the original IM service based on XMPP and one of the key nodes on the XMPP network. Jabber uses what is known as Extensible Messaging and Presence Protocol (XMPP) an open, XML inspired protocol for near-real-time, extensible instant messaging (IM) and presence information (buddy or friends lists). To log in, use an IM client like Adium, ChatSecure, Conversations, Gajim, Jitsi, Messages, Pidgin, Psi, or Swift - Jabber.org

Yahoo Messenger closed on July 17, 2018. There currently isn't a replacement product available for Yahoo Messenger. However, they are constantly experimenting with new services and apps, one of which is a group messaging app called Yahoo Together -

MSN Messenger, later rebranded as Windows Live Messenger, was a cross-platform instant messaging client developed by Microsoft. It connected to the Microsoft Messenger service while also having (as of the final version) compatibility with Yahoo! Messenger and Facebook Messenger. 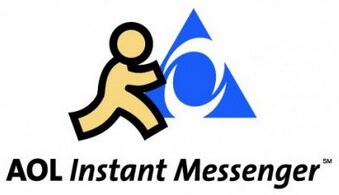 The Trillian all in one IM program was originally created by Cerulean Studios and released July 1, 2000 as a freeware IRC client. Today Trillian is a modern and secure instant messaging for business and employee communication with Trillian's decentralized and federated instant messaging platform. Send private and group messages, keep tabs on what co-workers are doing, share files, and much more - https://trillian.im

MySpaceIM was the official instant messaging client for the social networking site MySpace.

Meebo was an instant messaging and social networking service provider. Initially the company offered a web-based instant messenger service, extending its offer in more general online chat and even social networking directions. In June 2012, Google acquired Meebo to merge the company's staff with the Google+ developers team - Google+ is now shutting down as well...